Anniversary interview: ‘Thanks to ehealth, clients are able to help themselves.’ 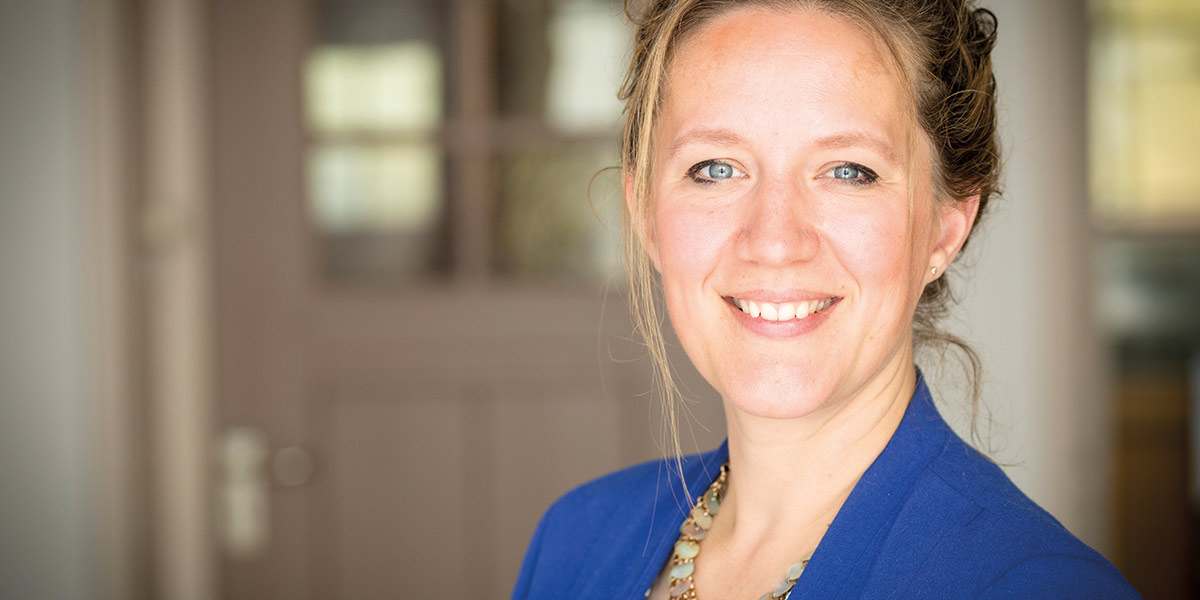 Every new Indigo Brabant customer is offered access to ehealth options. ‘Instead of asking people if they want to use it, we simply tell them we use it and explain why,’ explains Visscher. ‘In this way we normalise it.’ And the figures show that this approach works. For example, 70% of Indigo’s 2500 clients use ehealth in some form, 50% of whom actively use the modules. Visscher is satisfied with these figures, but would, of course, like to see them rise further. ‘There is much more to be gained. We also recommend custom apps to clients, but this isn’t included in these figures.’

70% of the clients use ehealth in some form

In recent years, the organisation has barely invested any time in ehealth, for good reason. ‘Things are already going well, without having to put any extra time in. New people are being trained, but little else is needed. I find this fascinating.’ A large number of clients are not very active online at home, but are interested in ehealth, emphasises Visscher. It turns out that this group can also be reached. ‘The enthusiasm of our staff also plays a role here. About 25% must be really enthusiastic and a majority must be somewhat enthusiastic.’ Then, according to Visscher, there will be sufficient support to make the step to offering it to all customers. ‘We could of course also promote our ehealth policy through advertising, but that is something for the future. In this way, more people would hear why it works, but so far that next step hasn’t been necessary.’

As early as 2000, Visscher came into contact with e-health as a prevention worker/health and safety officer. ‘I noticed that we were unable to reach many people, especially young people who were in our target group. And they were online. So that's how it all started.’ After that, ehealth also became a means to see how we can help people to become less dependent on a practitioner. ‘In short: how can we use technology to ensure that someone becomes more independent and can take control of their own care?’

This required a great deal of effort, because in the year 2000 people’s relationship with the internet was very different. ‘We were partly responsible for starting the movement and are even mentioned in the coalition agreement from back then. At that time, ehealth didn’t yet exist.’ After that, the main challenge was designing care in such a way that it would remain affordable and of good quality. This is something Visscher is still committed to. ‘This question is also in line with our changing society and the demand for online resources. But it also helps with people’s sense of self-control. People like to feel that they can do something themselves.’

Of course, there were a lot of sceptics when Indigo Brabant started its online platform. ‘Something new is always scary and there were a lot of questions, particularly from practitioners. People asked questions like, “Am I responsible if a client does something online?”, “Is it effective?”, or “Isn’t it dangerous?”’. Employees also wondered whether their job would disappear as a result, according to Visscher. ‘Or they were afraid that they would have to work mainly with computers, when they had in fact chosen this profession so they could work with people.’

Stop talking about it and just do it.

It took a lot of time to convince people. ‘I noticed that if you and the practitioner shift the focus from the technology to the wishes of the client, the conversation becomes a lot easier. The focus shouldn’t be on the technology, because that is only the means.’ Clients should just get started with ehealth, says Visscher. ‘People are often afraid they won’t be able to do it or tell you they are bad at computers. However, people really get a kick out of discovering that they actually can do it. My advice to people is therefore to just stop talking about it and just do it.’

Indigo is active in eight different locations and each location is free to choose which online system they want to work with. ‘A system of this kind must also, above all, be compatible with the region. We, at Indigo Brabant, chose Minddistrict because on the one hand they have a good system for General Basic Mental Health Care, but also because many parties in the region are actively using it.’ Minddistrict implemented the platform in six months’ time, after which a usage percentage of 50% was quickly reached. ‘This has remained stable since then.’

‘Inventing new things is fun, but let’s actually use them as well’

Indigo Midden Nederland, where Visscher worked previously, started with video calling and games, among other things. ‘We tested the platform and together we developed it further.’ According to Visscher, the most important thing when using such a platform is for people to become familiar with it. ‘You have to get them used to it. There are lots of fun pilot projects in the healthcare industry, with 15 or 100 participants, but I want thousands of people to use it.’

A lot of online possibilities are being tried and tested in the sector, says Visscher, which is great, ‘but at some point, you also have to finish and implement something. Inventing new things is fun, but what’s even better is improving something you already have and above all using it a lot. That is what we have been focusing on in recent years.’ And apparently with success, because Indigo Brabant’s clients give their care a rating of 8.4, according to Visscher. ‘And this is in spite of the staff shortages and changes. This is a high score in the mental health care sector.’

Clients of Indigo Brabant give there care a rating of 8.4

The mental health care organisation shows in figures that it deploys ehealth a lot for more complex problems. ‘This is because we would otherwise not be able to treat these patients, since we have a limited amount of face to face time in the General Basic Mental Health Care we provide. We conducted a survey among 8,000 clients and former clients, which showed that Indigo treated them in a third of the time it used to take in specialist care. So we are essentially treating a relatively difficult group faster, as you can see in our scores for Routine Outcome Monitoring (ROM) measurements.’

‘The therapist and client decide what they’re going to do, which works well. It’s a social business case.’

Whereas in the past you had a protocol containing twenty face-to-face contact sessions, the client now does part of their treatment themselves, emphasises Visscher. ‘We don’t have a fixed template for that. The professional can decide for themselves together with the client what they are going to do. And that seems to be working well. It’s a ‘Social Business Case’ and yet we earn nothing from it. Which is of course a shame.’

The same applies to the other Indigo branches, although they use fewer ehealth tools. ‘They do see what we are doing and if they ask for it, we share our knowledge with them. General Basic Mental Health Care currently has greater concerns than ehealth. It is a complex sector, so other issues have higher priority. But I do believe that things will change. It may not be going as fast as some had hoped, but it is becoming better known.’

Visscher says she never understands why people ask about ehealth’s business case. ‘I like to recall a nice quote from business economist Remco Hoogendijk: “Asking for the business case of ehealth is a bit like asking what the business case is of a toilet”’. I don’t have a business case, says Visscher. ‘You have to give people access to the digital world. You can’t just ignore this. Thanks to ehealth, clients are able to do a great deal themselves, which is of course great.’

Indigo Brabant uses the platform primarily for anxiety and mood issues. ‘Many clients (about 80%), belong to this category. Practitioners tell me it is also used a lot when working with ADHD, also with adults.’ It suits the problem, says Visscher. ‘A lot must be achieved in a short time.’ Its effectiveness is higher than average. ‘Customer satisfaction really stands out. We also score an 8 for joint decision making, based on Consumer Quality Index (CQI) figures. I find that interesting, and it also fits in with ehealth. You have to do it together instead of being a transmitter and a receiver.’

Visscher has all kinds of ideas about the future of ehealth. She herself is leaving Indigo Brabant, but the organisation will definitely continue using the platform. ‘More attention needs to be paid to the smartphone and how its use ties in with the digital experience. This is already the case, but it should continue. I think there should also be more cooperation in the network. Interest is growing among municipalities and GPs.’ According to Visscher, ehealth can really start playing a role in the chain. ‘And I think that the client should be given even more control in this respect. Clients will start looking more closely at how they can make use of the ehealth chain and care must align itself with this. These are things Indigo is working on nationally.’

‘If clients will get rewarded for the use of ehealth, the practitioners will follow automatically’

Now that the Minister has reopened the discussion on the ‘Personal Health Environment’ (a new initiative for the previously failed ‘Electronic Patient Record’) with a new plan, Visscher is even more convinced of the power of ehealth. ‘Is an Electronic Patient Record needed if everyone is using ehealth? I don’t think so. With a good ehealth system, the client can see everything that is being written down, everything is transparent and clear, without needing any complicated Electronic Patient Record methods and the associated officials and rights. It shouldn’t just be about more control and cost reduction.’ Visscher believes that good ehealth systems can be used as Personal Health Environments, especially in the mental health sector. ‘This is an interesting development. If ehealth becomes worthwhile for the client, who is then rewarded for its use, the practitioners will follow automatically.’

Do you have questions about the Minddistrict platform?