Are freelancers neglecting their own wellbeing?

By Meike Bergwerff - Plenty has been written about the freedom that freelancers enjoy. You can choose your own hours and the kind of work you do, and there’s no need to attend meetings. But if no one is looking out for you, how do you make sure that you don’t work too much, develop strain injuries or become too stressed?

According to Workflexibility, there are almost ten million freelancers in Europe, together accounting for 4% of the European workforce. They represent a growing group of working people with no boss, taking responsibility for their own schedule. But it’s not always a success story. A recent study in the International Journal of Work, Health & Organisations reveals that increased work pressure and relatively modest rewards, such as the salary, the promotion opportunities and the level of respect and appreciation received, are having a significant negative impact on freelancers’ mental health. Put simply: work is taking its toll on some freelancers.

Sophie (24) would agree with that. She has been working as a freelance journalist for more than two years and after starting out with long working days and very few breaks, she began to develop neck pain. As time progressed, she also had symptoms at weekends, when she was not working. “I just wasn’t aware of the risks”, she says now. The pain has now become chronic. “I take paracetamol every few hours to prevent severe pain.”

On her working days, Sophie paid no attention to her posture and took breaks only to use the toilet. “I started working for my current employer thanks to my internship and was also still writing my thesis at that time. It involved a great deal of effort and stress and I spent a lot of time at my laptop. I never gave my posture a second thought and didn’t take regular breaks.” When the symptoms failed to subside, she went to the doctor and physiotherapist and tried dry needling.

None of this helped and X-rays also revealed nothing. “It was hugely frustrating. It was good news, of course, but it was no help. It was also beginning to affect my mental health. I’m young and enjoy partying with friends, but I’ve become more hesitant about dancing and jumping around. If someone pushes me, it can really hurt.” But she still continued to work long hours, because she had to earn money. “I recently decided to stop working on a really enjoyable project and to start a different type of work with my current client. I need to start approaching things differently.” 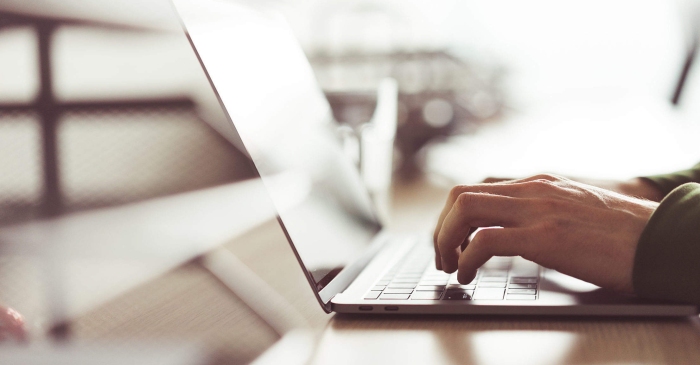 Sophie spent a lot of time at her laptop

It is difficult to say whether Sophie’s problems would have come to light sooner if she had had a permanent employer. But the isolation freelancers face can be a problem as Carey Cooper, Professor of Organisation Psychology at Manchester University, confirms. “The lack of social contact can also be an issue. Although you’re working with people, you’re not part of their corporate culture and don’t invest in long-term relationships the same way you would as a permanent member.”

The isolation freelancers face can be a problem

lf the pressure becomes too much, it’s important to ask for help, says Cooper. “You need to recognise the symptoms, but that’s not always easy. Do you struggle to get out of bed, feel tired after ten hours’ sleep, feel consistently down, tense or worry a lot? Seek help! The same applies if you feel less sociable than usual or notice that you feel anxious or depressed.” Help is at hand, from a doctor or even from family and friends. Sharing your problems with someone else is always a good first move.

The problem of burnout, not only among freelancers, but also those in permanent employment, is now well known. The number of cases in the Netherlands has increased significantly. As many as 15% of Dutch women now say they have had burnout, up from just 9.5% in 2015. In men, the number increased from 6 to 9% over the same period, according to a survey of 72,000 workers conducted in 2017 by Nyenrode University and careers website Intemediar.

One of the key causes is the increase in temporary contracts, says Nyenrode researcher Jaap van Muijnen in de Volkskrant newspaper. “Our research shows that people on permanent contracts are less at risk from burnout. The less secure your income is, the greater the risk of burnout.” However, things can also go the other way, as Professor of Occupational and Organisational Psychology Toon Taris points out. “People on permanent contracts can report sick more easily, for example with burnout. After all, they’re less likely to lose their job than someone on a temporary contract.”

A study conducted by Statistics Netherlands (CBS) and the Netherlands Association for Applied Scientific Research (TNO) in 2017 reveals something quite different. This survey of 5,000 self-employed people and 38,000 employees shows that those without contracts feel less pressure at work and therefore suffer fewer burnouts. Although independent contractors and the self-employed may work more hours, the ability to schedule one’s own time has its benefits. The survey also reveals that self-employed people are more enthusiastic about their work.

All of this probably shows that freelancing is the perfect type of work for some, whereas others feel more secure with an employer who provides at least some structure. Sophie would also agree with that now. “I was able to discuss the option of fewer days with my client, partly because I’ve been working for them for more than two years. Fortunately, they were understanding and we found a solution.”

Asking for help is more difficult for freelancers

However, she does admit that she would have taken action sooner if she was on permanent staff, as there might have been an occupational physician available. “I tend to hesitate before asking for help and have ended up here. When you’re self-employed, you have to take action yourself, because other people won’t notice.” She has only recently started to explore options for taking out insurance to cover any illness in the future. “I’ve inquired about third-party liability insurance and recently found out what a bread fund is.” (Bread fund members set aside a monthly amount that is used to provide each other with financial support for a fixed period in the event of illness.)

Tips for freelancers and their wellbeing

There are plenty of tips that freelancers can use to ensure they look after themselves more effectively, writes Forbes editor Abdullahi Muhammed, who speciayzes in freelancing. Only when you take proper care of yourself can you be passionate about your work, which can boost your morale at times when things are not going so well.

His most important tips:

The most important lesson for freelancers is: take an occasional look in the mirror and ask yourself how you feel. And remember that no one ever made things worse by asking for help.

Read our other blogs on workplace wellbeing:

If you're an employer and are interested to see how the Minddistrict platform could benefit your employees, read more about our workplace wellbeing solution.