Research in the spotlight: Eating disorder

There is a lot of research going on in the field of ehealth. A lot has been discovered already, but there are also still many studies to be conducted. It’s important work, since you would want a new technique or technology to really work when they are used in healthcare. Researchers are making this possible. That’s why we place them into the spotlights in this interview series. This episode: Ina Beintner.

Ina Beintner is a clinical psychologist and researcher at Dresden University of Technology, Germany. Her research focus is on eating disorders and body image, and the use of ehealth to improve interventions in this area. Beintner researches an online intervention on eating disorders and body image as part of the Horizon 2020 project ICare. ICare aims to develop one common platform with validated interventions for treating and preventing common mental health disorders and make it widely available. In this interview, Beintner explains her motivation, goals and how research contributes to a healthy society.

‘Her struggle with anorexia moved me’ 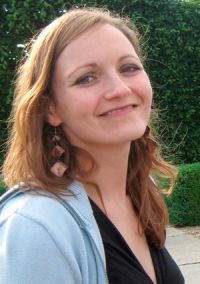 ‘At university, I had a flatmate who had anorexia nervosa. I watched her suffer and, when she finally got effective treatment, eventually get better. Her struggle made me decide that eating disorders were going to be my focus of my clinical work and research,’ explains Beintner. After university, she worked on the eating disorders ward in a clinic for 3,5 years before joining the research team in Dresden in 2006. She has been focussing on eating disorders in her research ever since.

But Beintner’s work reaches further than eating disorders alone: she is currently focussing on improving body image among women. ‘Many, many women are affected by negative body image and sometimes also eating concerns,’ she points out. ‘That’s totally limiting these women, because the concerns take up a lot of time and energy. Constantly thinking about what you eat, how much you exercise, what you look like keeps you from living your life.’

'Negative body image takes up a lot of time and energy, keeping you from living your life'

everyBody – a tailored online program

As part of ICare, a team at TU Dresden, which Beintner has been part of since 2006, is disseminating an online prevention program for eating disorders and eating related conditions. The team is also evaluating how an adapted version of the program can help to bridge waiting time for face-to-face treatment for women who already have an eating disorder. ‘The goal of the programs is to make women feel better about what they look like without having to change their bodies or resort to harmful behaviours.’ The prevention program is currently being trialled in Germany with over 4000 women, the self-help version in both Germany and the UK with about 250 women.

Beintner, with a grin, admits that the program tickles her feminist side too. ‘If the online program can change how women feel about their bodies and make them spend less time and energy optimising how they look – and that’s what we’re researching – it also helps them to really be involved in their community or even the world and to pursue other goals that are important to them. Yes, that thought pleases me. No woman should see herself mainly as a decorative object.’ But that doesn’t mean Beintner only wants to help women with her research. ‘We’ve thought about focussing on men too, but we haven’t been successful in collecting funding yet. So that plan stays in the back of our heads for now.’

Read on about the Global Research Network, or take a look at the interview with Frank Snoek, who researches chronic somatic disease and ehealth.

Do you want to know more about how technology can support behavioural change? Or do you want to discuss the topic further? Please contact us.