From psychological complaints to working as an intervention developer 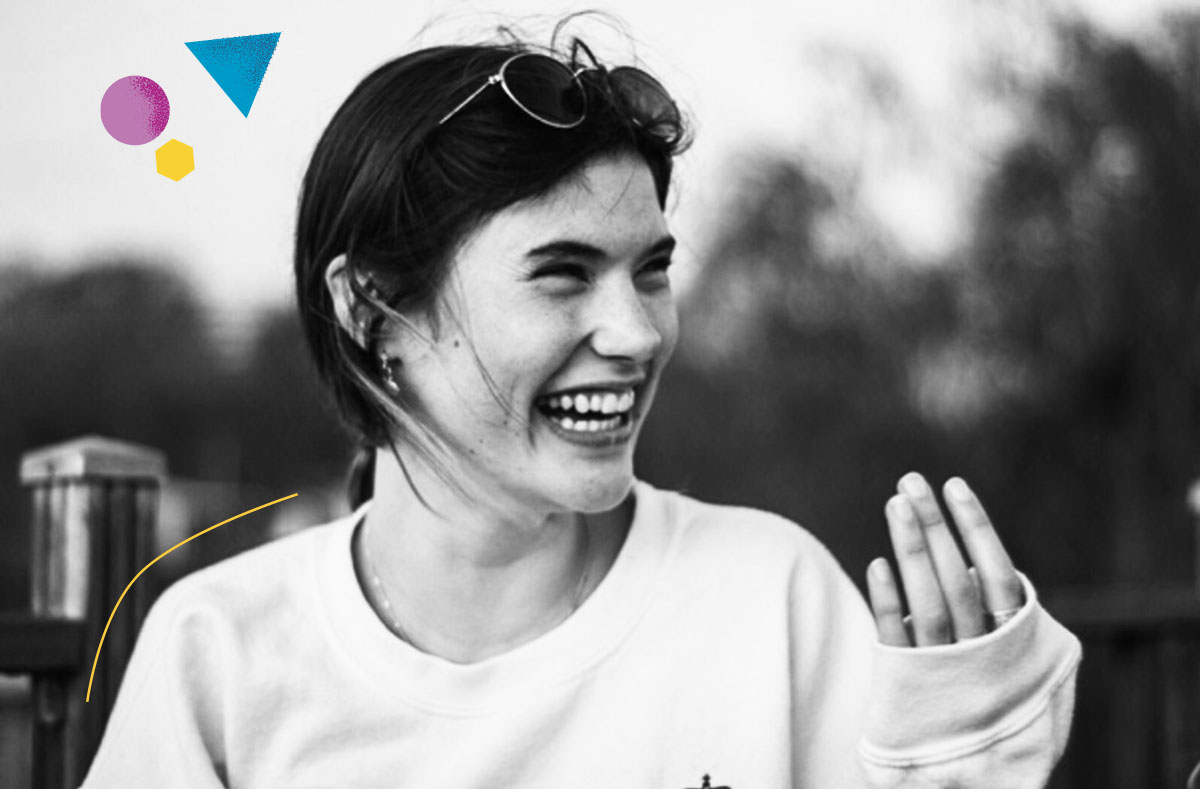 Lotje was eighteen years old when her father died. A sad event with a great impact. A psychologist and a grief specialist taught her to deal with her feelings of sadness. After a gap year, she started studying Liberal Arts and Sciences at Utrecht University, where various disciplines were covered. For a while, she thought about a direction in artificial intelligence, but in the end it was psychology where her heart lies. "I have been interested in people all my life and always want to help others. After my own mental illness, that feeling has only grown stronger."

An experience expert with psychological complaints

During her studies, Lotje heard from an acquaintance at the municipality about the demand for experience experts with mental health problems. She signed up as a volunteer to help improve the connection between people who need care and care organisations. To do so, she talked to a number of companies. One of them was Minddistrict. At the time, a module about depression in young people was being developed there.

Her experiences and those of other experience experts were important input for the new module. They shared what they encountered and what they needed during that period. Lotje then also remained involved in the development of the module. "I felt a really good click with Minddistrict. That's why I also made vlogs for the module and gave feedback when the module was finished."

The vlogging in particular was exciting for Lotje. "You record on camera how you have been struggling with sombre feelings. You have no idea who can see that." The realisation that she can help many young people who feel the same way she once did, is the deciding factor. Indeed, the recognition from others who have gone through the same thing has helped Lotje herself tremendously. "I am doing well now. But I know how it is to feel so bad, desperate and alone. That is why I wanted to do my bit to prevent other people from falling so deeply into the pit. The fact that the young people following the module recognise themselves in my situation can give them a lot of perspective."

Lotje enjoyed her work for Minddistrict so much that while she was working on the module, she asked about doing an internship, which Minddistrict agreed to. During the internship, Lotje carried out research on the implementation of online modules for children and young people. She interviewed care providers about how they use the Minddistrict modules with young clients, why this works and what could be improved. She also researched the experiences of the clients themselves.

In the same period, Lotje worked on developing modules for young people. She also adapted existing modules for adults to make them better suited to young people. She explains the differences between these modules: "We mainly use different language for the youth versions. We always write at B1 level, but for young people it has to be shorter and easier. We also make it more interactive by quickly getting to the point with short wording. We use illustrations instead of photos. We also mention other examples that appeal more to their imagination. For example, we talk about school, teachers, exams and friends. This creates more recognition."

Every module is different

During her internship, Lotje knew for sure: she didn't want to leave Minddistrict. And so, three weeks after the end of her internship, she started her first working day as an intervention developer at the company. To be able to create the modules, she looks at what's needed per subject. "No two modules are the same. For example, one problem requires cognitive behavioural therapy and another requires acceptance and commitment therapy. It is my job to investigate which intervention technique works best."

"My job is to investigate which intervention technique works best"

To do this, she gathers recent scientific literature and input from practitioners and experience experts. She determines what the problem is, what the needs are and what needs to be included in the module in order to achieve the treatment goals. Sometimes, during treatment, the client will gain knowledge, or sometimes they will learn a skill. "The way in which you can best communicate this differs. That's why I sometimes choose text, sometimes video, or a combination."

She develops the modules together with the wider team of intervention developers at Minddistrict, each with a different background in psychology. For example, one has been a therapist, another specialises in youth content. And Lotje is the experience expert.

"We complement each other well. Everyone has their own perspective. Nevertheless, we work with a 'buddy' on every project - a colleague in the team who gives their input. We look critically at each other's work, but we also think and help along based on feedback. Because we never work alone and our buddy always has to approve our work, we can make high quality modules."

With the modules, Lotje wants to help as many people as possible to feel better, feel more understood or to find recognition. She knows that by learning about their problems, people can deal with them better. "I want to continue to study different subjects, such as addiction and assertiveness. I find this diversity very interesting and I still have a lot to learn." That's where the knowledge she's gaining from her part-time Master's in Health Psychology and Intervention also comes in handy. "This way, I can offer the team even more value."

Want to know more on how we at Minddistrict develop our psychological interventions? Read the white paper about our intervention mapping method.

Did Lotje's story inspire you to work with us? Find out more about becoming a Minddistricter.