'I see clients from all over the world' 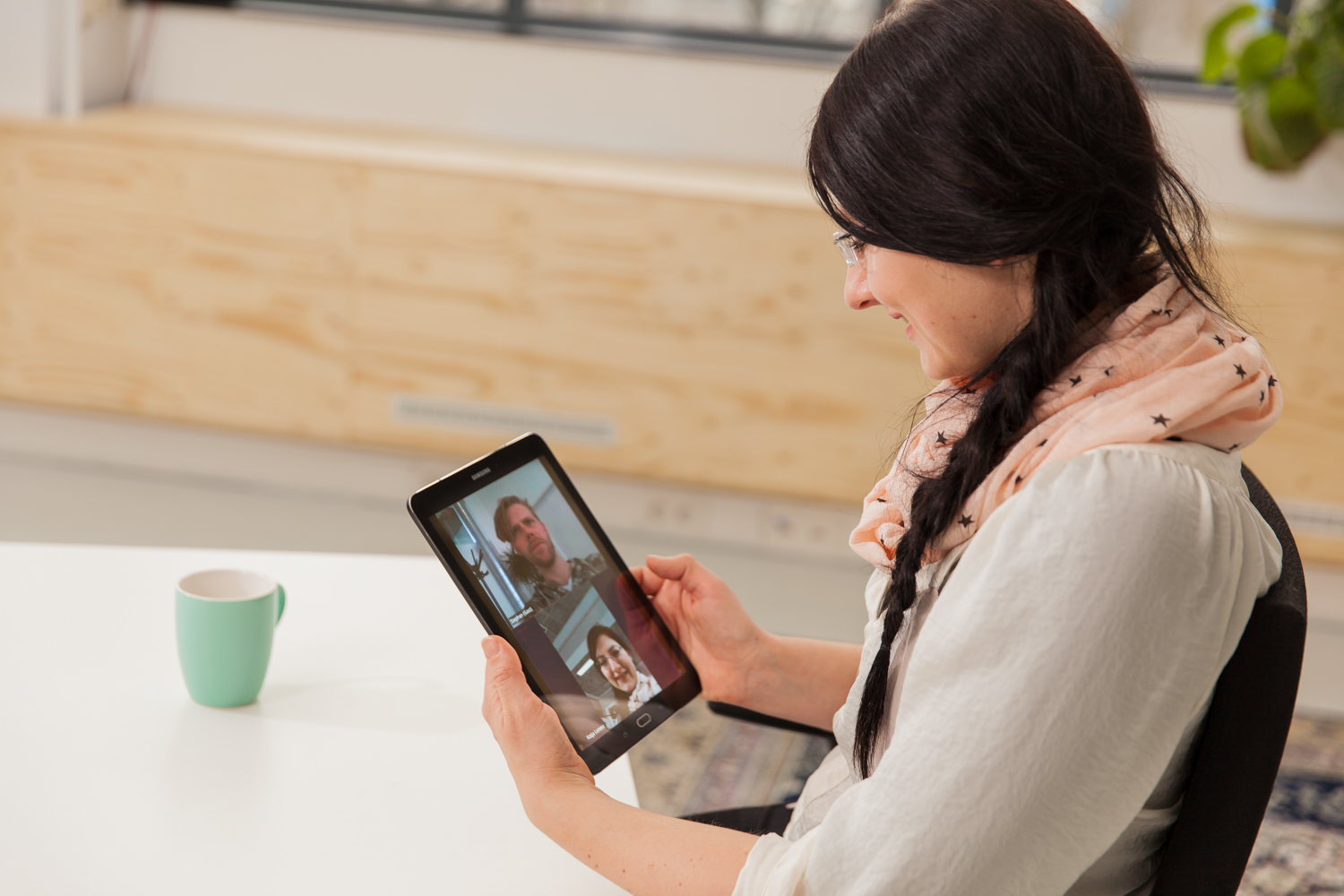 Psychologist Bart Vemer treats nearly all the clients of his practice Aeffectivity therapy + coaching, online. With the aid of ehealth, he is able to assist Dutch nationals living all over the world. '90% of all the interventions I do in my practice take place online.'

Vemer started his practice in 2013. At the time, he was an expat himself and wanted to combine that practical knowledge and experience with his work as a psychologist. And he certainly does see his share of expats at Aeffectivity. Using ehealth was the obvious choice here, and Vemer has further specialised in it. 'Working as online psychologist has come to the forefront more and more recently.'

Vemer's treatments mostly take place via Minddistrict's platform, even if for no other reason than the large physical distance between him and his patients. Does this create an equal emotional distance? Vemer: 'No. You can just see and talk to one another normally via video sessions. In fact, the combination of the talks and modules actually lowers the barrier. My patients feel as if they can easily reach me whenever they need to. I don't think you can get much closer than that.'

Vemer feels that video sessions bring with them a number of clear advantages. 'I get the impression that my patients are more open,' he explains. 'and we get to the point quicker, it feels odd to beat around the bush on camera.'

Vemer feels that his clients consider video sessions to be a very natural means of communicating. But, just like during a face-to-face sessions, there are rules to follow. 'I don't press my nose to the screen, but rather prefer to keep some distance. After all, you do the same in a normal practice when a patient sits opposite you.' In turn, Vemer asks his clients to maintain a certain conduct. 'When people lounge on the couch, I ask them to seat themselves behind a desk instead.'

At Aeffectivity, Vemer often deals with patients experiencing typical expat problems. 'Aside from fear and mood disorders, many people also have difficulty adjusting, or suffer from homesickness,' he explains. 'Which is why I sometimes also invite partners to sit down in front of the screen; most expats emigrate together. It's very easy to involve someone else in a video session. They don't have to come all the way to the practice after all.'

How do patients feel about ehealth? 'I've had a patient who adamantly refused online therapy. He wanted to see me face-to-face,' Vemer recalls. 'However, at an important moment during his treatment he had to go on a business trip. When I explained to him how there would be no problem continuing the treatment online, he eventually agreed to it. In retrospect, it wasn't as big an issue as he'd thought it would be'

View the video of Diana, an expat making use of online care

For more case studies on how therapists are using video sessions, and for information on our video calling functionality, visit our video sessions page. Do you have questions that you would like to ask us?